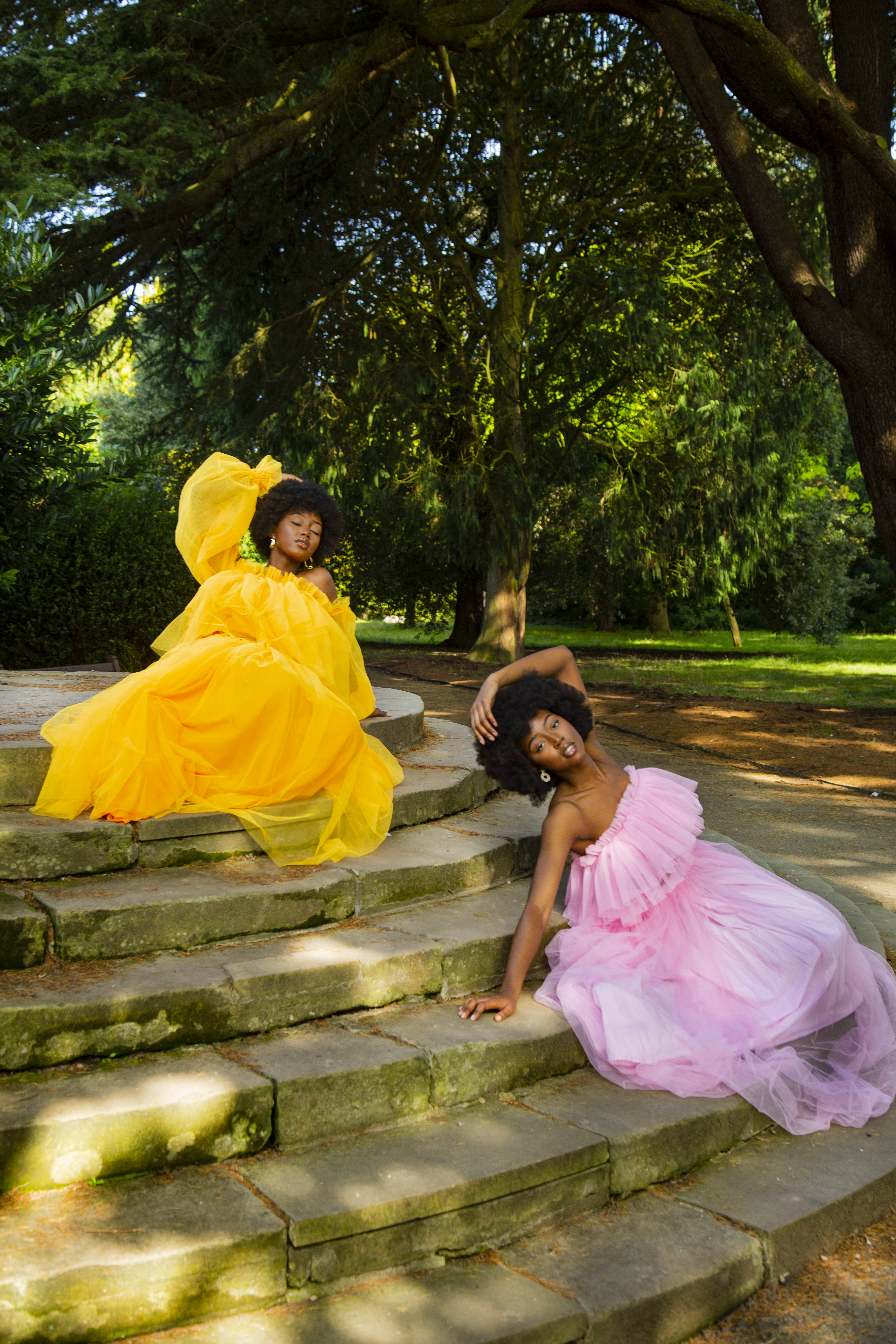 What was your highlights during the process of the shoot & What was the thought process when choosing the garment/clothing for the pictures?

The highlights of this shoot was seeing the models in the different outfits the stylist had put together. I had only been shown one of the outfits at first and seeing the rest on the day of a shoot was a great surprise!  I trusted the stylist would understand my vision so I just focused on casting and finding the location.
This shoot was also spontaneous so I was happy with anything!

What was the camera setup utilised in the shoot?

When shooting I never normally use a tripod because I don’t like to be restricted. I shot with a canon 5d and a 50mm lens. I like to explore different angles whilst shooting to avoid repetition and to have a variety of shots.

Why was the two twins your choice of model to use for the shoot?

The casting choice was quite easy for me, i have shot both Hellen and Bupe before and this time I wanted to level up and create something beautiful!
I also find shooting with twins so interesting, they can be framed in many different ways instead of just being side by side

Any message you would like the viewers of your work to take with them from the editorial.

My editorial was originally just for fun until I realized I wanted to submit it somewhere that required a concept. With the help of @jordanafilambert , he told me he saw black femininity in my work, and it took me a while to figure out what this shoot meant to me, but all I saw was beauty. Throughout the shoot I wanted my models to be free and feel comfortable whilst shooting with me and embracing their beauty. Now looking at my work, I can see how I wanted to show how desirable black women are even though they are so often criticized for their features.
Black is beautiful 🖤