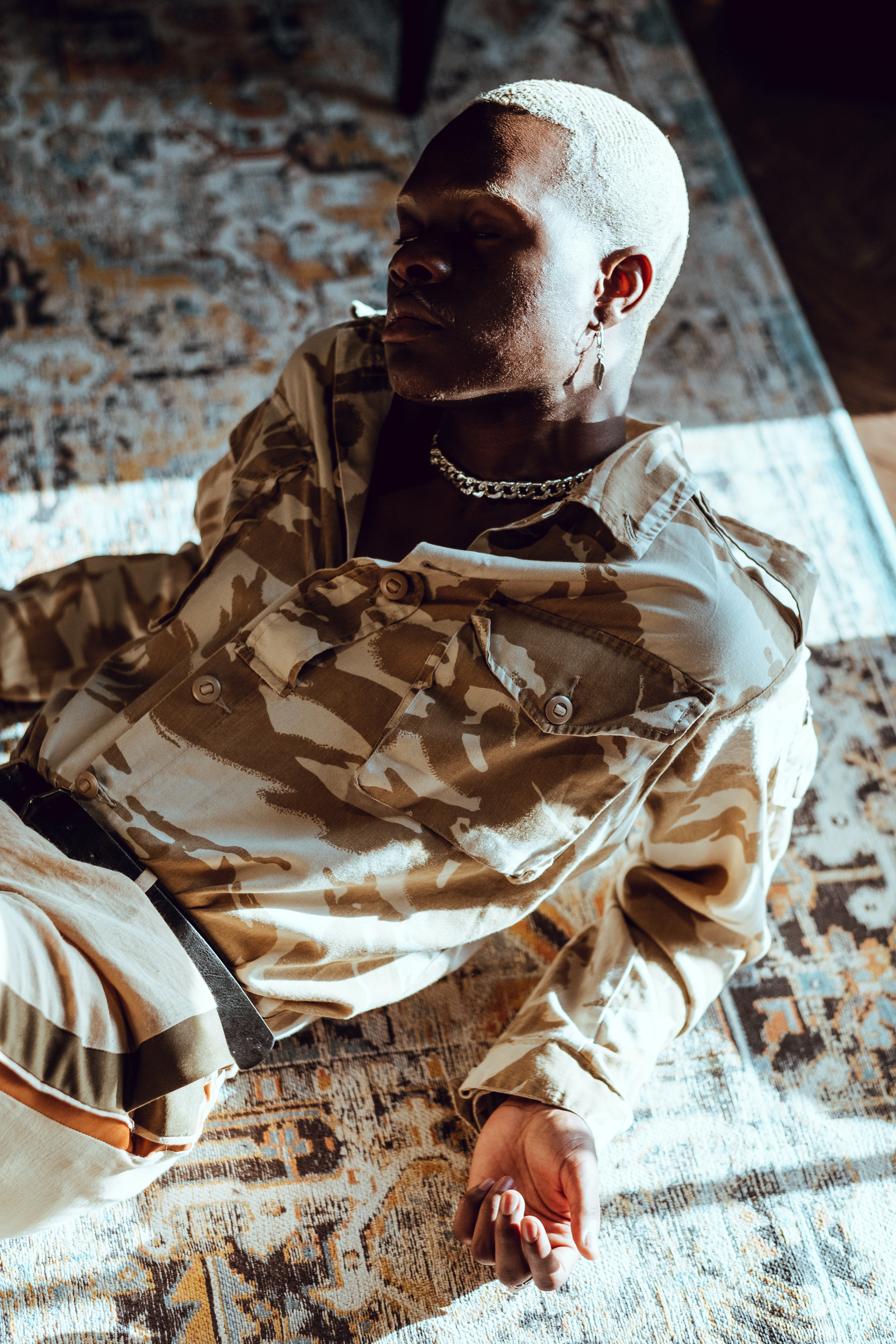 I chose to shoot with Munya because I wanted to capture an image that represents androgynous beauty. The sandy colour palette of the outfit was deliberately chosen to blend with the similar tones of the background, creating a sharper focus on the light cast on the model’s face and the contrasting shadow. By juxtaposing lightness and darkness, as well as masculinity and femininity within this image, I aimed to represent the dualities of human nature and celebrate the spectrum of diversity that is possible. The thoughtful expression on the model’s face is a visual cue, prompting the viewer to think more deeply about how we relate to one another in a world where the concept of identity is ever evolving – Israr Ahmed

NOT FOR FASHION EDITORIAL BY Abdul Oniepde